Download The Sound of English sound chart here (or by clicking on the chart). For pronunciation notes, audio and diagrams for each sound, download the free sample of the course book. 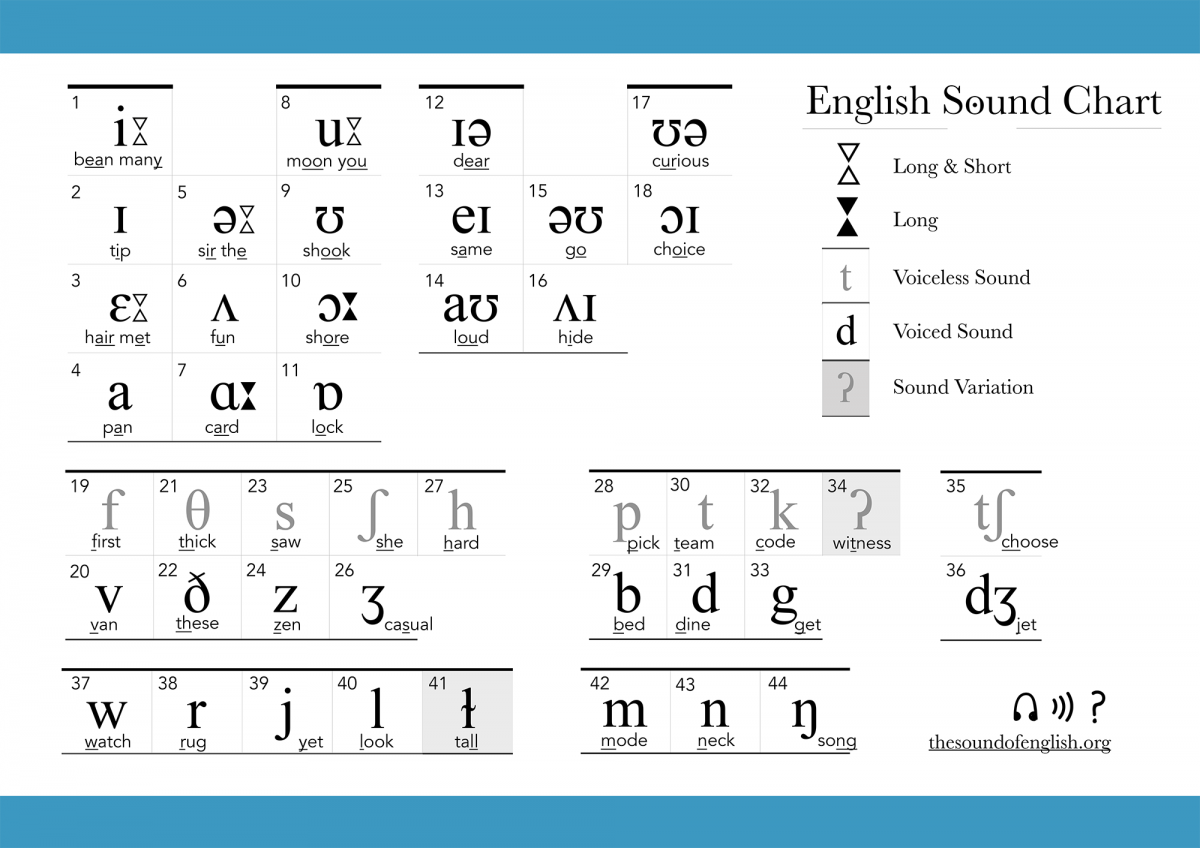 Many different versions of the standard British English IPA chart exist, with each major dictionary displaying some variation. ‘The Sound of English’ uses a similar set of symbols to the OED (Oxford English Dictionary). You will notice some or all of the following variations in other books and dictionaries:

In GB English the diphthong /eə/ has gradually lost its diphthongal quality and is generally closer to a long mid-open front sound. A similar process is happening to /ɪə/ which may become /ɪː/ in time.

The front open sound in BAD has gradually opened in standard pronunciation, making it closer to cardinal [a]. The symbol /æ/ has the disadvantage of appearing to be a diphthong to new learners of English.

In a chart with /ɛː/, it can be highly confusing for learners to also use symbol /ɜː/, though there is no difference in the sound.

Many speakers start the sounds /aɪ/ and /aʊ/ in different positions, so it can be confusing for learners to have the same symbol in both, using /ʌɪ/ resolves this.